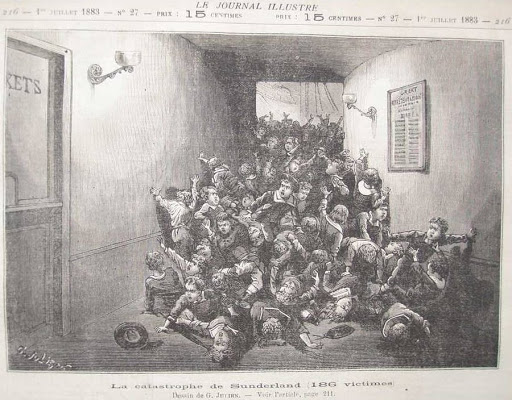 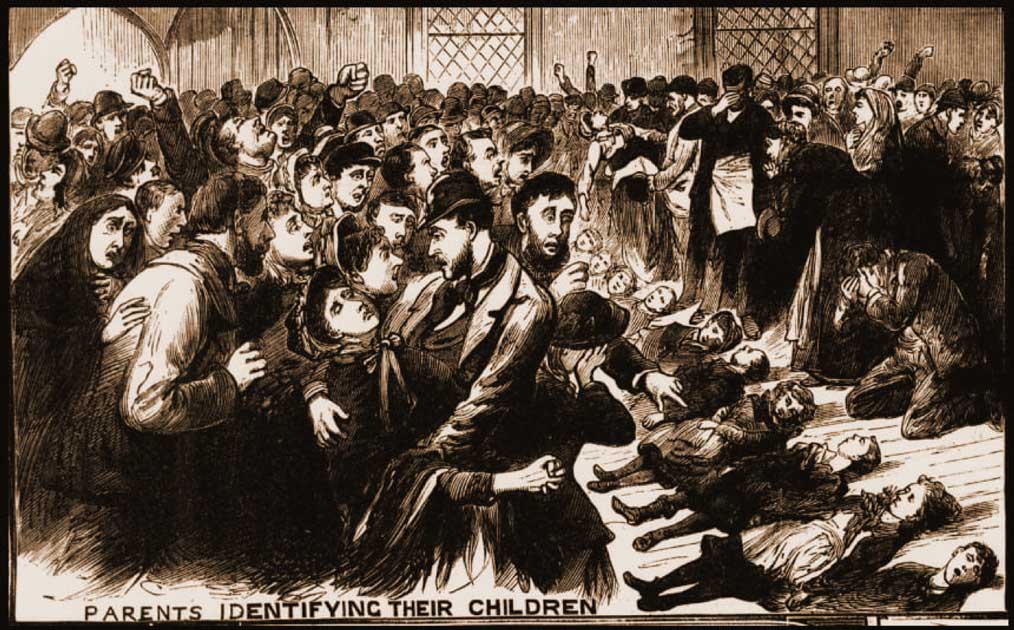 On 16 June 1883, some 2000 children aged mostly between 7 and 11, crowded in to the hall. They had been given tickets to see a show by travelling entertainers, The Fays, from Tynemouth Aquarium. It promised to be “the greatest treat for children ever given” and offered every child the chance to win a prize such as a toy or a book.

… about The Victoria Hall …

On 16 June 1883, some 2000 children aged mostly between 7 and 11, crowded in to the hall. They had been given tickets to see a show by travelling entertainers, The Fays, from Tynemouth Aquarium.

Victims of the Victoria Hall Calamity

Toward Road, Sunderland runs along the eastern edge of Mowbray Park, perhaps the most outstanding of the city’s many impressive public amenities. However, this attractive urban setting hides a terrible secret, for here, at the junction of Toward Road and Laura Street, stood the Victoria Hall which was the scene of what was arguably the country’s worst ever tragedy, a tragedy which moved the whole country in a way only matched by the outpouring of grief following the terrible events at Aberfan in 1966 and the recent death of Princess Diana. The tragedy occurred on Saturday, June 16th 1883, during a children’s show when gifts were being distributed from the stage. The 1100 or so children in the gallery, determined not to miss the treats, dashed down the spiral staircase to the stalls, but at the foot of the staircase their way was barred by a door which could only open towards them. Tragically the rush of children was such that, before the door could be opened, the leading youngsters were already being pressed against the door by those behind them. The yells of delight soon turned to screams of terror as more and more children found themselves trapped. In the ensuing confusion no less than 183 young children were crushed to death. Truly a tragedy without equal.

It was supposed to be a fun afternoon; hundreds of children packed into Sunderland’s Victoria Hall for a magic show. Their tickets promised the greatest treat ever given, and the chance of presents, too. However, for many it would end in the most heartbreaking tragedy possible.