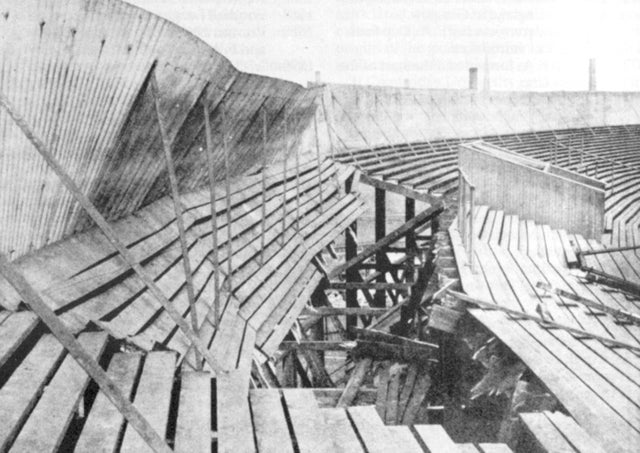 The Ibrox Disaster 1902 – A National Tragedy

At half past one on Saturday 5 April 1902, James Smith and John McLelland set off for from the north of Glasgow for the big match, Scotland against England at Ibrox Park. After a hard working week, the football would be a welcome escape. John was the younger cousin of James’s wife, Elizabeth. He worked as a warehouse porter in the hat department of the wholesalers Arthur & Co and at the age of 25, was still single and living in Duke Street in the east end of the city.

Names of those lost during the tragedy

On this day 1902: First Ibrox disaster

IT WAS one of the most deadly stadium tragedies to have ever rocked British football, but today the 1902 Ibrox disaster remains largely forgotten about.

THE FATALITIES AT THE IBROX DISASTER OF 1902

On Saturday April 5, 1902 Scotland met England for a football international at Ibrox in Glasgow. That was the 27th such meeting and the first with only professional players.

Leitch, The 1902 Ibrox Disaster & The Changing Values Of Safety

Football and architecture have seldom been happy bedfellows. During their prime the homes of British football were woefully under-appreciated, and this lack of attention has been mirrored over the last two decades with many grounds that meant a lot to thousands of people having been demolished and replaced with new structures that owe little to the history of the game and which will doubtlessly, in the fullness of time, be replaced themselves with newer and shinier structures. Yet the architecture of the football stadium in Britain is part of our landscape, and its shape is instantly recognisable, even if it is starting to die out, at least in the sense in which many of us remember it.