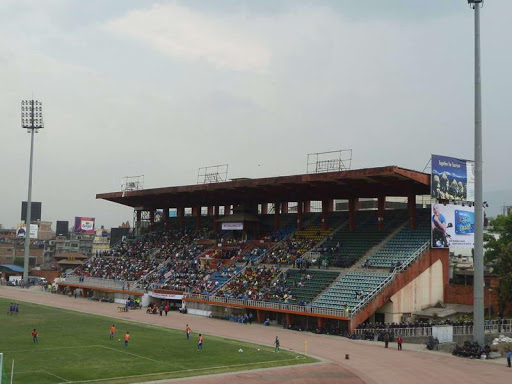 How a preventable tragedy killed dozens at Dashrath Stadium

The eyes of the thousands of spectators at Dashrath Stadium turned from the heated game down on the ground up to the darkening sky.

Thousands had gathered to watch the finals of the Tribhuvan Challenge Shield, Nepal’s largest football tournament organised by the All Nepal Football Association, between Janakpur Cigarette Factory and Mukti Joddha from Bangladesh. With the Bangladeshi team having just taken the lead, the nervous home crowd waited anxiously for an equaliser.

Thousands of soccer fans stampeded into locked stadium exits to escape a sudden hailstorm Saturday, killing at least 93 in the crush, witnesses and hospital sources said.

About 30,000 fans were at the National Stadium watching a match between Nepalese and Bangladeshi teams when a storm burst upon the city, bringing lightning and high winds and pelting the crowd with large hailstones. Witnesses said screaming spectators rushed to the stadium’s eight exits but found only one open.

KATHMANDU: Sanjib Mishra was watching football match between Janakpur Cigarette Factory Ltd and Liberation Army for the 1988 Tribhuvan Challenge Shield at Dashrath Stadium. It was March 12, 1988 and he was 17 years old. The weather was “fine but suddenly there was a hailstorm”. Sheltering himself under a banner, he went from the B10 gate (from where he was watching the game) towards parapet to save himself.