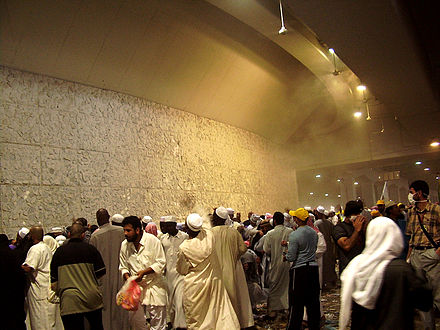 MECCA, Saudi Arabia — About 1,400 Muslim pilgrims suffocated or were trampled to death Monday in a stampede in a pedestrian tunnel leading to the holy city of Mecca, witnesses and diplomats said.

MANAMA, Bahrain – The Moslem pilgrims who crowded into the Mo’essem tunnel in Mecca were hurrying to perform the ritual of “stoning the devil,” the climax of the annual pilgrimage, or hajj.

Many were running to their deaths.

Saudis yet to accept our offer of experts, New Straits Times

I wish to raise in this brief Adjournment debate a subject which is probably the saddest constituency case that I have raised in my 17 years’ membership of the House.

On 2 July there was a widely reported disaster at Mecca involving religious pilgrims in a pedestrian tunnel. The first reports that I saw—I have since checked them—indicated that up to 100 people had died, but this figure climbed within a day to well over 1,400.