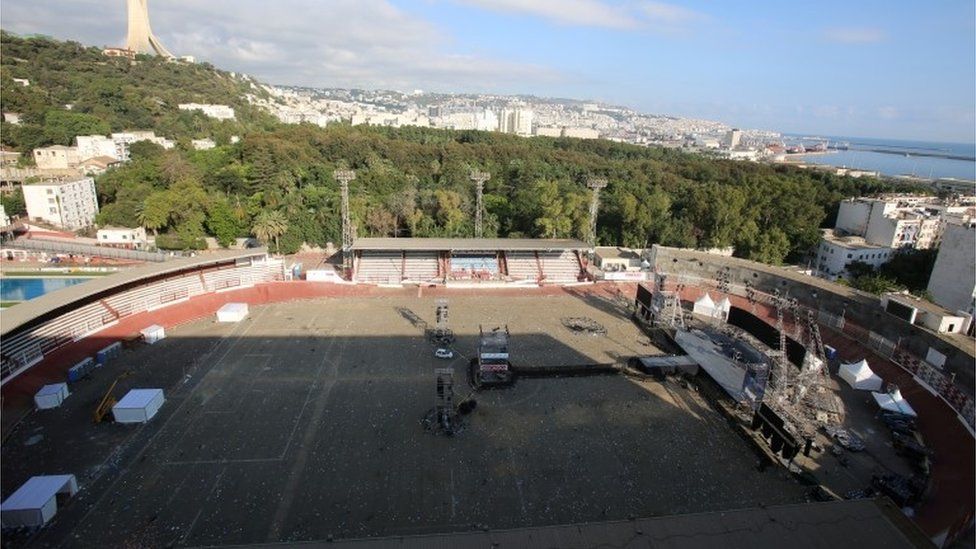 At least five people have been killed in a stampede at a rap concert in the Algerian capital.

Thousands had gathered at a stadium in Algiers to see rapper Abderraouf Derradji, better known as Soolking, perform when a stampede is said to have broken out at one of the entrances.

Algeria’s culture minister has resigned, after the deaths of five young music fans in a stampede at a packed concert by a popular rapper.

This happened as fans thronged the entrance of the August 20 stadium before Algerian rapper Soolking’s concert.

ALGIERS: Five young people were killed and dozens more injured in a stampede at a packed rap concert in the Algerian capital, a spokesman for the rescue services said Friday.
The stampede took place Thursday night as fans thronged an entrance of the August-20 Stadium where rapper Soolking was to perform.