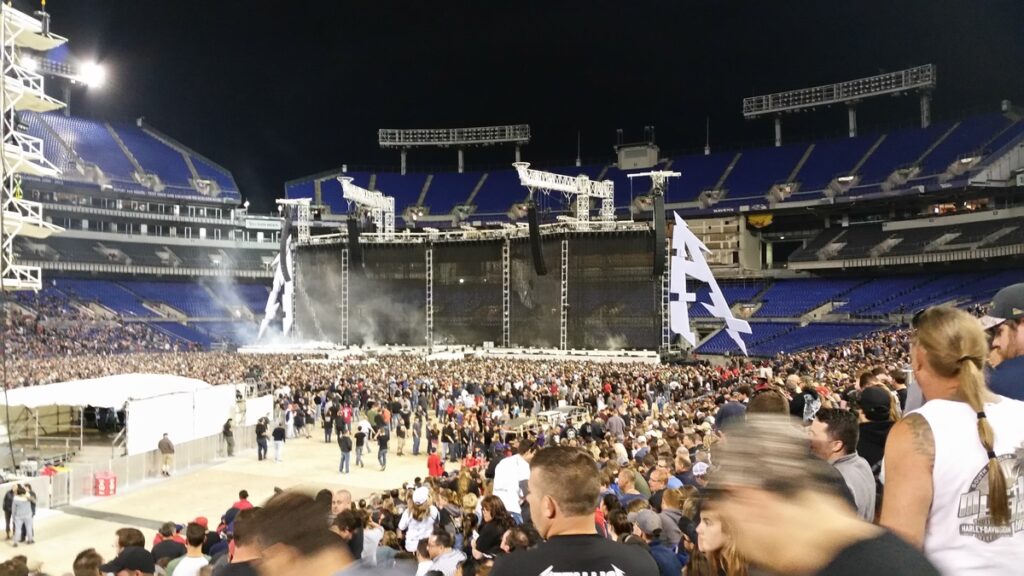 Fan Falls To His Death At Metallica Show

METALLICA FAN FALLS TO HIS DEATH

A 21 year-old Metallica fan has fallen to his death at a concert in BALTIMORE.

The man, who local police have identified as Martin Muschette from Danbury, Connecticut, was attending the Summer Sanitarium Festival at the Raven’s Stadium in Baltimore on Tuesday (July 4) at a concert which featured live performances from Metallica, Korn, Kid Rock, System Of A Down and Powerman 5000.

A fan fell to his death from the upper deck of PSINet Stadium in Baltimore during Metallica‘s Summer Sanitorium show there on July 4.

A man falls to his death at a Metallica concert

CONCERT TRAGEDIES The season’s big shows are looking more dangerous than ever.