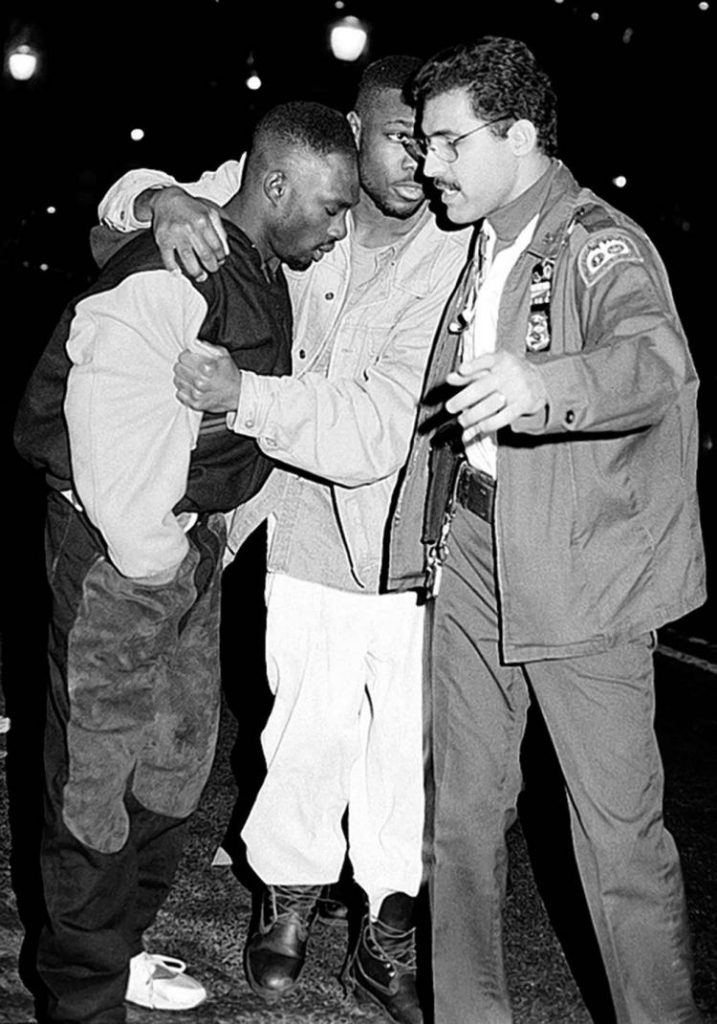 ”It doesn’t take an Einstein to know that young people attending a rap concert…who have paid as much as $20 a ticket, would not be very happy and easy to control if they were unable to gain admission to the event because it was oversold.” Those were the words of Judge Louis C. Benza of the New York State Court of Claims in sorting out the question of civil liability for one of the worst music-related tragedies in recent American history. Judge Benza’s 73-page decision, issued seven years after nine young people died in a crowd stampede on December 28, 1991, placed 50 percent of the blame for those deaths on the venue’s owner, the City University of New York, and 50 percent on the event’s promoters, rapper Dwight “Heavy D” Myers and the then largely unknown hip-hop impresario Sean “Puff Daddy” Combs.

Sean “Puffy” Combs agreed to pay a secret settlement yesterday to a Bronx secretary caught in a stampede at a City College charity basketball game the rap mogul sponsored in 1991.

NEW YORK, DEC. 29 — There were too few security guards and police at a star-studded charity event Saturday night to contain a frustrated, locked-out crowd, according to officials and witnesses. The throng swelled to hurricane force, burst through glass doors, swept down a staircase and collapsed in a heap of broken and smothered bodies.

It is defendant’s contention that it is immune from liability for injuries sustained by claimants while attending an ESG-sponsored function at one of its facilities. More specifically, defendant states that its participation in the “celebrity basketball game” was governmental in nature, and since claimants failed to establish that a special duty existed between them and defendant, their cause of action should be dismissed.

Hip-hop producer Sean “Puffy” Combs and rapper Heavy D are equally responsible, along with the City University of New York, for a stampede that killed nine people and injured 29 at a charity basketball game in 1991, a judge has ruled.