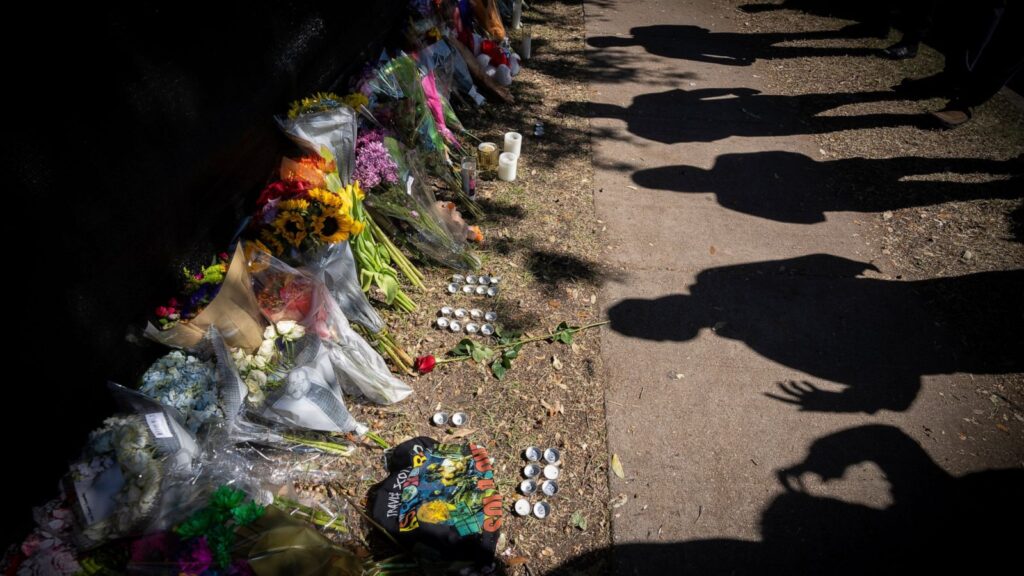 In fatal crowd disasters, compressive asphyxia from being crushed against the crowd  or fixtures, causes a high number of deaths, rather than blunt trauma from trampling. Examples are

Abstract
Background: Fatalities from acute compression have been reported with soft-drink vending machine tipping, motor vehicle accidents, and trench cave-ins. A major mechanism of such deaths is flail chest but the amount of force required is unclear. Between the range of a safe static chest compression force of 1000 N (102 kg with earth gravity) and a lethal dynamic force of 10–20 kN (falling 450 kg vending machines), there are limited quantitative human data on the force
required to cause flail chest, which is a major correlate of acute fatal compression asphyxia.
Methods: We modeled flail chest as bilateral fractures of six adjacent ribs. The static and dynamic forces required to cause such a ribcage failure were estimated using a biomechanical model of the thorax. The results were then compared with published historical records of judicial ‘‘pressing,’’ vending machine fatalities, and automobile safety cadaver testing.
Results and conclusion: The modeling results suggest that an adult male requires 2550  250 N of chest-applied distributed static force (260  26 kg with earth gravity) or 4050  320 N of dynamic force to cause flail chest from shortterm chest compression

Nine people died of traumatic asphyxia due to an uncontrolled crowd at a community basketball game in New York City in 1991. We reviewed the circumstances, postmortem findings, and the
causes of death. The majority of people had petechiae of the conjunctivae and face consistent with chest compression. There were minimal superficial blunt injuries and no fractures or acute intoxications. These deaths are often incorrectly attributed to blunt force injuries, while the
cause typically is asphyxia due to chest compression

Compression asphyxia and other clinicopathological findings from the Hillsborough Stadium disaster

Abstract
Ninety-six people died following a crowd crush at the Hillsborough Football Stadium, Sheffield, UK in 1989. The cause of death in nearly all cases was compression asphyxia. The clinical and pathological features of deaths encountered in crowds are discussed with a particular focus on the Hillsborough disaster.

Exploring the Consequences of Crowd Compression Through Physics-Based Simulation

During large gatherings of people, such as concerts and sporting events, the crowd
density can become very high in some areas. This causes a build-up of pressure as
people push against each other, which in turn can lead to potentially life-threatening
collective phenomena such as crowd crushes and crowd turbulence. As testified by
many reports and interviews, such phenomena are often exacerbated by the behavior
of people in less dense parts of the crowd, who typically remain unaware of the
danger and therefore keep pushing towards their target. As the failure to effectively
disseminate urgent information within a crowd makes it difficult to decrease the
crowd density to safe levels, it is clearly important to study the nature of information
transfer in high-density crowds.
The aim of this thesis is to investigate how information transfer between people in a
crowd is affected by crowd density and structure. High-density crowd conditions are
simulated by combining models of information transfer with spatial self-propelled
particle (SPP) models. First, I investigate some of the possible reasons why
information transfer might fail within a dense crowd. Second, I examine to what
extent effective information transfer can play a role in reducing crowd density by
making individuals respond by acting in a certain way, e.g. stop pushing, when
informed about an ongoing crowd crush. Results show how structural, environmental
and psychological factors influence information transfer, indicating that it might be
possible to prevent crowd crushes by raising awareness through, e.g., public
information campaigns.

Crush Point When large crowds assemble, is there a way to keep them safe?

When large crowds assemble, is there a way to keep them safe?