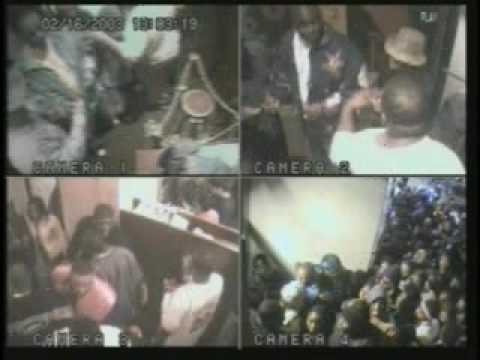 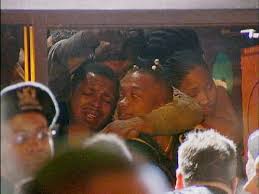 Never to be forgotten

A tragedy unfolded at the E2 (Epitome) nightclub in the early morning hours of Feb. 17, 2003, when patrons fleeing pepper spray released by a security guard to break up a fight rushed down nearby stairs. Twenty-one people were killed in the stampede in one of Chicago’s deadliest club disasters.

Nearly 13 years later, the video images linger. They are horrifying testaments to young dancers who died, and heartening rebukes to crass spinners who tried to deflect blame. And now the criminal justice system’s final whimper: two years of probation and 500 hours of community service for the co-owners of Chicago’s E2. May the economy of its name make that lethal nightclub easy to always remember.

Prosecutors hadn’t been able to make charges of involuntary manslaughter stick against Calvin Hollins Jr. and Dwain Kyles. They instead were convicted of criminal contempt for violating a judge’s July 2002 order to close the second-floor nightclub for building code violations in the months before Chicago’s deadliest club disaster. Hollins and Kyles had little to say in a Daley Center courtroom as they heard their Charmin-soft sentences.

A night of pre-holiday revelry turned to horror this morning when 21 people died in a mangle of bodies as an overflow crowd struggled to escape a nightclub after pepper spray, or Mace, apparently was used to break up a fight.

As many as 1,500 people were at the upstairs E2 nightclub, and so many required medical attention that some lifeless bodies were carried out to ambulances by partygoers as emergency personnel assisted others who had piled up at the club’s one double door. Firefighters found four people lying inside a locked kitchen door in cardiac arrest. Others at the front door apparently suffocated or were crushed.

21 Die in Stampede at Club in Chicago

Security guards using pepper spray to break up a fight in an illegal nightclub early Monday triggered a stampede that killed 21 people and injured more than 50, police said, as hundreds of club-goers tried to flee the bar only to be trapped in a single overcrowded stairwell.

Most of the dead appeared to have been asphyxiated and some suffered heart attacks, officials said, as they were trampled in the stairway leading from the second-floor dance area of Epitome, a high-priced bar and restaurant that caters primarily to African Americans.

A 25-year-old mother of five, Nicole Rainey was enjoying a night out away from the kids when she was among the 21 people crushed to death at South Loop nightclub E2.

In the early-morning hours of February 17, 2003, a security guard working at the packed second-floor club above the Epitome Restaurant near 23rd Street and Michigan Avenue used pepper spray to break up a fight. Patrons panicked as they ran for the club’s main exit, and there was a fatal pileup in the stairwell that led to the building’s ground floor. A video camera captured the horror: an unmovable tangle of bodies—some lying facedown on the stairs, others horizontal on top of the heap. The official cause of death for the victims, including Rainey, according to the Cook County medical examiner, was “compressional asphyxia.” People were packed in so tightly for so long that their lives were literally squeezed out of them.

2003-02-18 04:00:00 PDT Chicago — Twenty-one people were killed and 50 more injured early Monday morning in a terrifying stampede that erupted at a nightclub after security guards used mace and pepper spray to halt a fistfight between two women.

A city lawyer said the second-story club had been open in violation of a court order, a contention the club’s attorney disputed.

City officials demanded that a judge jail the owner of the E2 nightclub for at least a year Tuesday, saying he was illegally operating the place when 21 people were killed in a stampede.

The city said Dwain Kyles had ignored a court order from last July to shut the place down because of building code violations that included failure to provide enough exits. City officials asked Circuit Judge Daniel Lynch to find Kyles in criminal contempt of court and put him behind bars.

The Illinois Supreme Court reversed a ruling that vacated criminal contempt convictions against the owners of a Chicago nightclub where 21 people were killed in a stampede.

The Illinois Supreme Court has reversed an appellate court decision that vacated criminal contempt convictions against the owners of a Chicago nightclub where 21 people were killed in a stampede to flee the building in February of 2003.

Liquor establishment specialty insurer Illinois Casualty Co. has filed suit to avoid payment on two policies held by the Chicago nightclub and restaurant where 21 people died last month in a stampede, according to the Chicago Tribune.

Illinois Casualty filed suit in Cook County against the Epitome nightclub and restaurant, known legally as the Heroes Sports Bar & Grill Inc., asking that a judge void the policies. The company’s lawyers listed nine statements on the Epitome application it claimed were misrepresentations of fact or outright fraudulent.

The family of a 24-year old man who was one of 21 people trampled to death in a stampede at a once-popular hip hop Chicago night club settled a wrongful death claim with Clear Channel Broadcasting and AM/FM Ohio.

At the E2 Sunday Night event, the evening’s DJ, who plaintiff’s assert was an agent of Clear Channel/WGCI, directed security to use pepper spray to stop a disturbance on the dance floor between two women at approximately 2:25 AM on February 17, 2003. He then further incited the crowd when he yelled over the PA system that it was a terrorist attack.