The following is a collection of news articles about the incident from various news outlets. 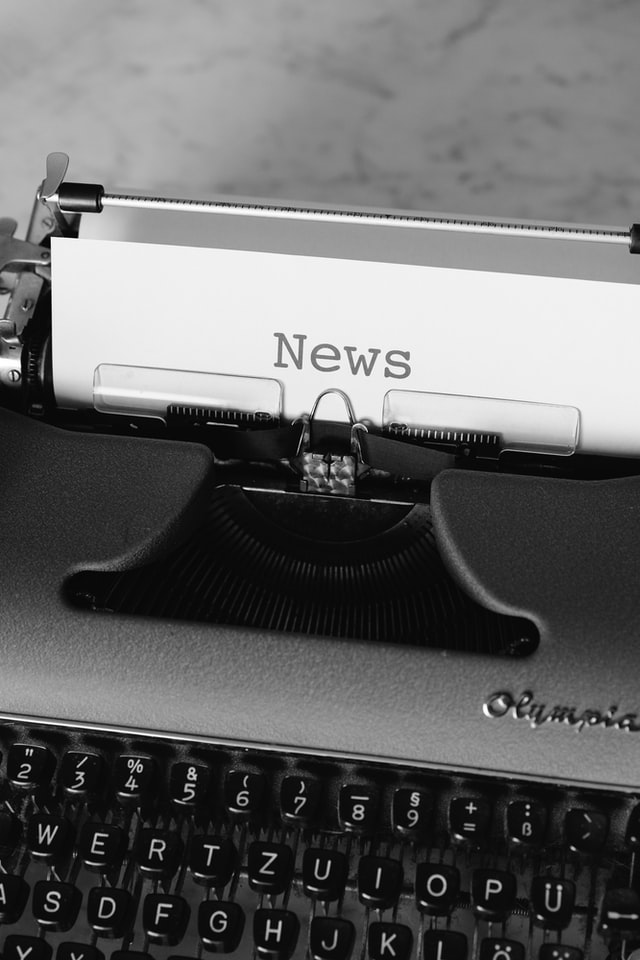 Hillsborough disaster: How the Liverpool ECHO reported the tragedy in 1989

Pages from the Liverpool ECHO archive showing how the paper reported the Hillsborough disaster in 1989.

Merseyside should have been celebrating and looking forward to Wembley. Everton were playing Norwich City at Villa Park and reigning league champions Liverpool were up against Nottingham Forest at Hillsborough, each side eyeing a place in the FA Cup final and a date with the neighbours in London.

Families of those who died in the Hillsborough disaster say they are determined to fight on for justice.

The city of Liverpool is expected to come to a standstill on Wednesday, 20 years after the tragedy which killed 96 people and injured hundreds more.

The Hillsborough Papers: The Sun, “The Truth” And Other Newspaper Coverage

The Sun’s reporting on Hillsborough, and its infamous headline of “The Truth” published four days after the tragedy, is well-known. Its long-standing refusal to apologise for the false claims about the actions of some Liverpool fans during the disaster has led to a 23-year boycott of the paper in most of Merseyside.

Doctored police statements, lives that could have been saved. Channel 4 News looks at the key findings of the report into the 1989 Hillsborough disaster in which 96 Liverpool fans died.

In the light of the new documents, the panel has highlighted the behaviour of a number of individuals and organisations both during and after the tragedy. It is critical of attempts by some of them to distort or discredit evidence in an attempt to rebuff criticism and blame for the Hillsborough disaster.

Hillsborough families fall out over peace with ‘Sun’

The tabloid which insulted the dead may say sorry, but some relatives cannot forgive. By Mark Rowe

The families of the victims of the Hillsborough disaster are split over whether to make their peace with the Sun newspaper over its coverage of the tragedy.

Stephanie Jones travelled to Sheffield the night before the game to stay with her brother, Richard, and his girlfriend, Tracey, who were at Sheffield University. The plan was that on the Sunday, Doreen and Les Jones would pick up their son, daughter and Tracey, and drive to Snake Pass for a picnic. On the Saturday afternoon, Doreen had gone to visit her father. “I was in the kitchen but my father shouted to me to tell me there was trouble at Hillsborough.”

The Immediate Aftermath The Media Reaction

Media coverage of Hillsborough has had significant consequences on a number of levels. This section will argue how the media informed and potentially influenced the outcome of legal cases. It will also be argued that the consequences were far reaching by attacking, not only those involved in the Disaster but Liverpool in general, adding to the already negative reputation of its people.

Prime minister David Cameron offers a ‘profound’ apology to the victims of the 96 Hillsborough victims as a new independent report is published.

THE REPORT of an independent panel into the events at Hillsborough stadium in Sheffield, which resulted in the deaths of 96 Liverpool fans in April 1989, has revealed that police sources actively misled the media on the causes of the disaster in order to deflect criticism from themselves.

AUDIO: David Cameron’s statement to the House of Commons >

Hillsborough: Warning of cover-up was ignored by judge

A police constable on duty on the day of Hillsborough warned a judge-led inquiry into the disaster that there was a co-ordinated cover-up by South Yorkshire Police about failings of senior officers at the stadium, documents have revealed for the first time.

David Frost, who as a 21-year-old officer helped to treat fans in the Leppings Lane terraces, told the Lord Justice Stuart-Smith review in 1997 that his superiors made “wholesale changes” to the statements made by him and his fellow officers to “sanitise and protect themselves”.

Column: The full story of the Hillsborough disaster is still to come

A report published last week shed light on an establishment cover-up but the full story of the 1989 stadium disaster is still to come, writes the Hillsborough Justice Campaign’s Sheila Coleman.

THE HILLSBOROUGH INDEPENDENT PANEL Report, which was published last week, contained many facts which had been known to some of us for years.

The report was quite rightly welcomed by so many. However, now that the extent of the cover up has been absorbed, maybe a more critical analysis is needed.

THE controversial coroner who ruled over the Hillsborough inquests was praised by the families’ leading lawyer – just a month after he oversaw the infamous “accidental death” verdicts.

Liz Steel chaired the Hillsborough Steering Committee that represented the families of the bereaved after the 1989 disaster that claimed 96 lives.

The Hillsborough files: Just how involved was Norman Bettison?

He is one of the most vilified men on Merseyside. But what was the true extent of Norman Bettison’s role after the H’boro tragedy?

Norman Bettison has always claimed he was a “relatively junior” police officer and was not involved in the cover-up of the Hillsborough disaster.

That claim will be put to the test in the weeks to come as the Independent Police Complaints Commission looks at allegations that Merseyside’s former chief constable was part of the cover-up to blame fans for the tragedy.

I was wrong to believe the police’s account of the tragedy. But I was not alone

In a few weeks’ time, a couple I have been friends with for the best part of 20 years will be holding a bat mitzvah for their daughter. Anyone who knows even a little about Judaism will know the importance of the event: a celebration for a girl reaching 12, and a great excuse for a great party for friends and families. I would love to have gone but I won’t be there. You see: it’s in Liverpool. And I knew from the emails over the past 23 years and from the anonymous keyboard warriors of Twitter that were I to be seen in the city I would literally be in mortal danger. I am not exaggerating.

As the longest inquest in British legal history unfolded, a picture emerged of a callously negligent police force led by an inexperienced commander whose actions directly led to the deaths of 96 people

It was a year into these inquests, and 26 years since David Duckenfield, as a South Yorkshire police chief superintendent, took command of the FA Cup semi-final at Hillsborough between Liverpool and Nottingham Forest, that he finally, devastatingly, admitted his serious failures directly caused the deaths of 96 people there.

Don’t be fooled: a cover-up could happen again

By MARTIN SAMUEL – SPORT FOR THE DAILY MAIL

And the cover-up? That could occur again, too. In the days after 96 Liverpool supporters lay dead in a corner of South Yorkshire, newspaper offices received a great many calls — from Tottenham fans.

‘The Truth’ of the Hillsborough disaster is only 23 years late

John Williams was present on the fateful day in April of 1989. He places the event within its historical and sociological context, and looks at the slow process that finally led to the truth being revealed.

I have to begin by saying – rather pretentiously some might reasonably argue – that I am a ‘fan scholar’, an active Liverpool season ticket holder and a professional football researcher.IhadfollowedmyclubonthatFACuprunof 1989(HullCityaway,Brentford at home) and was at Hillsborough on the 15 April –

fortunately safely in the seats. But I saw all the on- pitch distress and the bodies being laid out below the stand from which we watched in disbelief as events unfolded on that awful day. Fans carrying the injured and the dying on advertising boards: where were the ambulances? As the stadium and the chaos f inally cleared, Football Trust of f icials (I had worked on projects f or the Trust) asked me to take people f rom the football organisations around the site of the tragedy to try to explain what had happened.

Hillsborough Disaster: From tragedy to truth

Key events in the Hillsborough campaign

It was a sunny spring day when 24,000 Liverpool fans travelled to Sheffield for the 1989 FA Cup semi-final. But 96 men, women and children never returned. This is the story of their families’ 27-year struggle to find out how and why they died.

Hillsborough verdict: The Sun and The Times criticised after leaving inquest ruling off front page

The Sun newspaper has come under fire for leaving the verdict of the Hillsborough inquiry off its front page.

Four days after the disaster in 1989 that left 96 fans dead, The Sun published on its front page under the headline “The Truth” what turned out to be lies about supporters.

A local newspaper reader has brought this blog’s attention to the Sheffield Star’s accurate coverage of Hillsborough within a day of the disaster.

Isabella Stone, in a letter published by The Guardian on 27 April 2016, wrote: “I was living in Sheffield in 1989, and bought a copy of the The Star, Sheffield’s special edition on the tragedy, published the following day, Sunday 16 April [1989].

Six Are Charged in 1989 Hillsborough Stadium Disaster in England

LONDON — Decades after the deadliest stadium disaster in English soccer history, British prosecutors charged six people on Wednesday, including four former senior police officials, in the deaths of 96 people crushed and trampled to death at Hillsborough stadium in Sheffield in 1989.

Hillsborough: blaming one top cop is a cover-up, too

It took more than an incompetent commander to cause 96 deaths.

The British authorities spent two decades trying to frame Liverpool fans for the 1989 Hillsborough disaster, when a crush on overcrowded terraces led to the deaths of 96 supporters. Now, in a bizarre twist of tragedy repeated as farce, they are trying to set up one of their own – the senior police commander on the day – to take the fall.

Anger has reignited over the 1989 headline.

The newspaper that ran an infamous Hillsborough disaster front page claiming Liverpool supporters stole from victims, urinated on police and blocked rescue teams has come in for stinging criticism today, after an inquest ruled that all 96 football fans were unlawfully killed.

Four days after the 1989 tragedy, the Sun headlined an article ‘THE TRUTH’, citing fans’ hooliganism as a contributing factor in the 96 deaths.