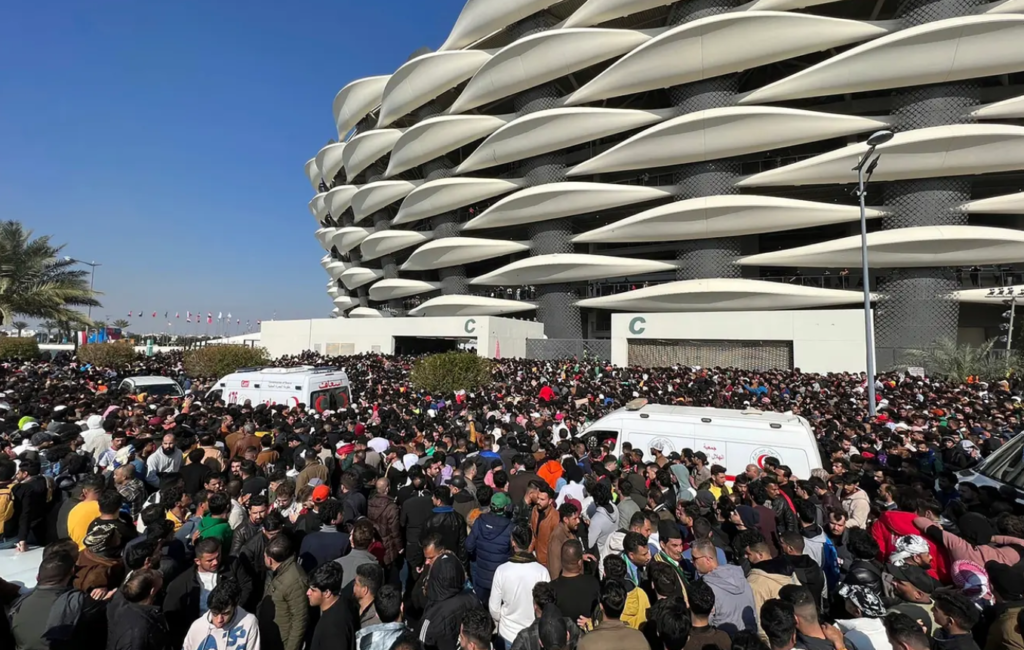 A stampede outside a stadium in southern Iraq killed at least two people and injured dozens Thursday, a health official said.

The deadly incident happened as spectators gathered to attend the final match in the first international soccer tournament held in the country in four decades. The Iraqi News Agency said one person was killed and 60 people who were injured outside the Basra International Stadium some of whom are in critical condition.

At least four people have been killed and dozens injured in a stampede at a stadium in Basra in southern Iraq ahead of the Arabian Gulf Cup final, according to Iraqi football officials.

BASRA: At least two people have been reported killed and dozens injured in a stampede outside a football stadium in Iraq, hours before the Gulf Cup final, medical and security sources said. The deadly incident on Thursday happened as spectators gathered at the Basra International Stadium to attend the final match in the first international soccer tournament held in the country in four decades. A doctor at Basra General Hospital told The Associated Press news agency that two people were killed and 38 were injured, some of whom have been discharged from the hospital. The Iraqi News Agency earlier reported that as many as 60 people were injured outside the stadium and that some are in critical condition. Iraq has welcomed football teams from across the region for the Gulf Cup, ending decades of repeated bans on international matches in the country.

At least one football fan has been killed and 60 others injured in a crush outside a stadium in the southern Iraqi city of Basra, local media report.

It happened as tens of thousands of fans headed to the Basra International Stadium to watch Iraq play Oman in the final of the Arabian Gulf Cup.