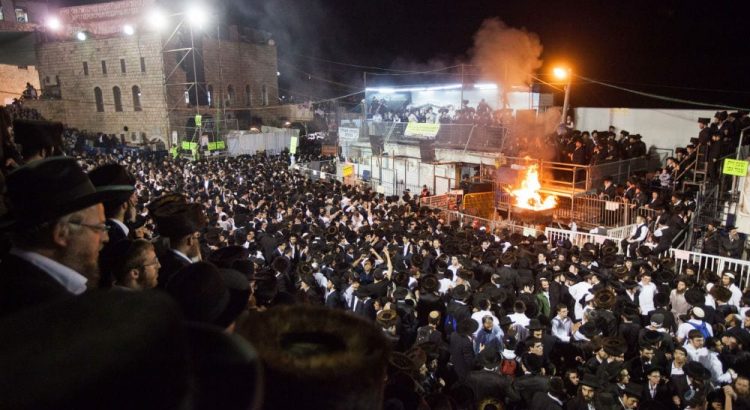 Dozens killed in stampede at Jewish religious festival in Israel

Jerusalem — A stampede at a religious festival attended by tens of thousands of ultra-Orthodox Jews in northern Israel killed at least 44 people and injured some 150 others early on Friday, medical officials said, in one of the country’s deadliest civilian disasters. The stampede occurred during the celebrations of Lag BaOmer at Mount Meron.

Israeli rescue service Magen David Adom said at least 150 people were hurt with six in critical, 18 seriously hurt, eight in moderate condition, and 80 lightly injured – but numbers varied wildly as medics struggled to access a site packed with 100,000 people, despite parts of it being limited to 10,000.

Dozens killed in crush at religious event in northern Israel

Mount Meron, Israel (CNN)Israeli investigators are examining what caused a crush that killed at least 44 worshipers and injured 100 more at a mass religious gathering in Mount Meron overnight.

It's a crowd crush NOT A STAMPEDE - the difference is important!

Examples of inaccurate and lazy journalism from the BBC, NY Times, Sky News and The Telegraph

Israel: At least 44 killed after stampede at religious bonfire festival attended by tens of thousands

Israel’s prime minister, Benjamin Netanyahu, describes the incident at the Lag B’Omer as a “heavy disaster”.

Hajj crush: how crowd disasters happen, and how they can be avoided

Mass panic? Stampedes? Nonsense, say the experts trying to stop another disaster like last week’s in Mecca: they’re failures of management, and they aren’t inevitable. So why aren’t they a thing of the past?

At least 44 people have been killed and about 150 injured in a crowd crush at a Jewish religious gathering in northern Israel attended by tens of thousands of people, in one of the country’s worst peacetime disasters.

A stampede at the Lag B’Omer Jewish festival at Mount Meron in northern Israel attended by tens of thousands of people has left dozens dead and many more injured.

Crowd safety is a major concern for those attending and managing mass gatherings, such as the annual Hajj or pilgrimage to Mecca (also called Makkah). One threat to crowd safety at such events is crowd density. However, recent research also suggests that psychological membership of crowds can have positive benefits. We tested the hypothesis that the effect of density on safety might vary depending on whether there is shared social identification in the crowd. We surveyed 1,194 pilgrims at the Holy Mosque, Mecca, during the 2012 Hajj. Analysis of the data showed that the negative effect of crowd density on reported safety was moderated by social identification with the crowd. Whereas low identifiers reported reduced safety with greater crowd density, high identifiers reported increased safety with greater crowd density. Mediation analysis suggested that a reason for these moderation effects was the perception that other crowd members were supportive. Differences in reported safety across national groups (Arab countries and Iran compared with the rest) were also explicable in terms of crowd identification and perceived support. These findings support a social identity account of crowd behavior and offer a novel perspective on crowd safety management.