On the 18th January 2018, the Las Vegas Metropolitan Police Department, released their initial report into the mass shooting incident at a concert on the 1st October 2017. Prior to this, we have reframed form including much about the incident; although the severity and relevance suggests that we should.

All initial information was provided by news statements by the LVMPD and investigative reporting. Believing that the great majority of the reports would be factual, the percentage of sensationally reports and false claims, meant that we could not include any detail of the incident. With the release of the initial report and the passing of time, we now have a grasp of the incident and feel the time is right to start sharing with the events community, for consideration and further research.

What we learned from the Las Vegas shooting report

CNN January 20, 2018
(CNN)Authorities on Friday released a preliminary investigative report on the Las Vegas shooting in response to large public interest in the case.
In the Month after the Incident. 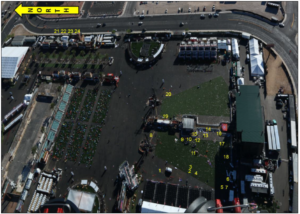 At least 59 killed in Las Vegas shooting rampage, more than 500 others injured

washingtonpost.com October 2, 2017
LAS VEGAS — Perched in his suite at a high-rise hotel overlooking the Vegas Strip, a 64-year-old retiree with no real criminal history and no known affiliations with terror groups rained bullets down into a crowd at a country music festival Sunday, killing at least 59 people and injuring hundreds more in the deadliest mass shooting in modern American history.

A “lone wolf” gunman carried out America’s deadliest mass shooting in a meticulously planned attack after waiting for three days in a hotel suite before striking at a festival crowd of 22,000.

Police are working to establish the motive behind a mass shooting which left 59 people dead and another 527 injured at a Las Vegas concert.

Gunman Stephen Paddock, 64, opened fire from the 32nd floor of the Mandalay Bay Hotel towards an open-air music festival on Sunday evening. 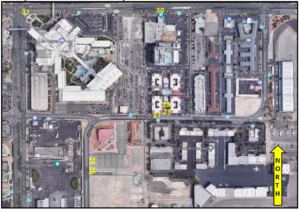 Police say that the gunman who killed almost 60 people at a concert in Las Vegas had outfitted a legal but controversial accessory onto 12 of his semi-automatic rifles to enable them to fire hundreds of rounds per minute.

Officials say that theses devices – known as bump-stocks – have been found along with 23 guns inside Stephen Paddock’s room at the Mandalay Bay Resort and Casino.

Las Vegas shooting – what we know so far

Police are trying to work out what drove a wealthy former accountant to open fire on concertgoers in Las Vegas, killing at least 58 people and injuring almost 500.

The gunman, Stephen Paddock, 64, set up a firing point in a hotel overlooking an open-air music festival, and shot himself dead as police stormed his suite. 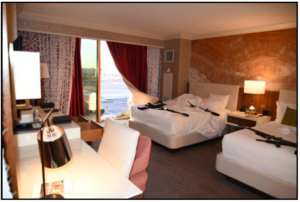 (CNN)The security guard who approached Las Vegas gunman Stephen Paddock’s hotel suite before the massacre said he heard “drilling sounds” before he was shot through the door.

In an episode of “The Ellen DeGeneres Show” set to air Wednesday, Jesus Campos recounts for the first time on TV the night of the shooting.

(CNN)Las Vegas authorities have revised the timeline of the mass shooting, saying Stephen Paddock shot a hotel security guard around the time he began firing on the crowd, not six minutes earlier.

Speaking at a Friday news conference, Clark County Sheriff Joe Lombardo didn’t offer any new information about what motivated Paddock to open fire on a country music festival from the 32nd floor of the Mandalay Bay Resort and Casino, leaving 58 people dead.

Las Vegas shooting, one month later: The questions that remain

(CNN)One month ago, our concept of horrific mass shootings reached a new extreme.

Ten minutes of gunfire ended the lives of 58 country music fans on the Las Vegas Strip. It was the deadliest mass shooting in modern US history.
But unlike mass shootings of the past, we still know very little about why it happened. Here’s what we’re learning, and what’s still unknown: 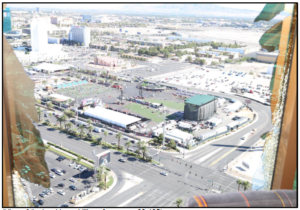