22 May 2017 time 22:31 . A suicide bomber (Salman Ramadan Abedi) detonated an improvised explosive device,  in the foyer area of the Manchester Arena. The attack took place during the egress  of the Ariana Grande concert. 14,200 people were attending the concert. Many exiting concert-goers and waiting parents were in the foyer at the time of the explosion. According to evidence presented at the coroner’s inquest, the detonation of the bomb killed people who were up to 20 metres away.

The attack was in the foyer area, external of the arena; linking the arena to the near by train station, car parks and public walking routes. It should be noted that the foyer area does not fall under the control of the arenas security provider.

Never to be forgotten

Twenty-two people, including an eight-year-old girl, were killed and 59 injured when a suicide bomber attacked concertgoers at Manchester Arena.

A man set off a bomb in the foyer at 22:33 BST on Monday, at the end of a concert by Ariana Grande. Theresa May called the attack “sickening”.

ISIS has claimed responsibility for the deadly attack at an Ariana Grande concert in Manchester, northern England, on Monday evening — but U.S. authorities have not yet verified the claim. The attack, which killed at least 22 people, including an 18-year-old college student, and left around 59 injured, was described by British Prime Minister Theresa May as “the worst attack the city has experienced.”

Manchester attack: Who were the victims?

Prime Minister Theresa May gave a statement in Downing Street following the terrorist attack in Manchester.

At least 22 killed, 59 injured in suicide attack at Manchester Arena

Police believe bombing was responsibility of one man, Salman Abedi, 22, who died while carrying out the attack

The mistakes made during the Manchester Arena terror attack

In her final moments, the youngest victim of the Manchester Arena attack asked a paramedic, “am I going to die?” Eight-year-old Saffie-Rose Roussos was one of 22 people killed by suicide bomber Salman Abedi at an Ariana Grande concert in May 2017.

22 dead after blast at Ariana Grande concert in Manchester

Monday’s attack outside an Ariana Grande concert at Manchester Arena killed at least 22 people, including children, and was carried out by a lone suspect carrying a bomb, Manchester Police said.

Public inquiry into Manchester Arena Attack to be established

A public inquiry will be established to investigate the deaths of the victims of the 2017 Manchester Arena attack.

A Terrorist Attack in Manchester

What was it about an arena full of teen and preteen children and their parents, listening to an American pop singer, that so offended the man who detonated the bomb in Manchester last night? We don’t know for sure, although recent tragedies in Berlin, Nice, Paris, and London may give us strong suspicions. The bomber—whose identity is unknown, for now—is dead, along with twenty-two of his victims. Fifty-nine more are hurt, some with life-threatening injuries. The attacker triggered his bomb at around 10:35 p.m. last night, at the end of an Ariana Grande concert, in the foyer of the Manchester Arena, just as fans were coming out of the gig. The timing appeared to have been calculated to inflict as much death and panic as possible. In concertgoers’ videos, the terror in the arena is palpable. A girl recording one video asked the same question, over and over: “What is going on? What is going on?”

Convicted murderer Hashem Abedi has been sentenced to a minimum of 55 years in prison for his part in a terror attack at the Manchester Arena that killed 22 people.

A security guard had a “bad feeling” about suicide bomber Salman Abedi but did not approach him for fear of being branded a racist, an inquiry has heard.

Kyle Lawler, who was 18 at the time of the Manchester Arena attack, was standing 10 or 15ft away from Abedi.

The force of the bomb detonated in the Manchester Arena last month was strong enough to kill people at least 20 metres from the blast, an inquest has heard.

Children among 22 killed in Manchester Arena attack – Mon 22 May – itv.com

At least 22 people, including children, have died after an explosion hit Manchester Arena at the end of a pop concert by US singer Ariana Grande. A further 59 people were injured in the explosion which Greater Manchester Police believe was carried out by a single male attacker.

Witnesses have described the chaos and horror after a fatal explosion at the concert by US pop star Ariana Grande at Manchester Arena. Twenty-two people were killed in the explosion, including an eight-year-old girl. A further 59 people, including 12 under the age of 16, were injured and taken to hospital.

Twenty-two people have been killed and more than 50 injured in an explosion at an Ariana Grande concert at Manchester Arena. The blast tore through the venue as the concert – attended by 21,000 people – finished shortly after 10.30pm on Monday night. Police said the attack was carried out by one man, who died in the explosion. 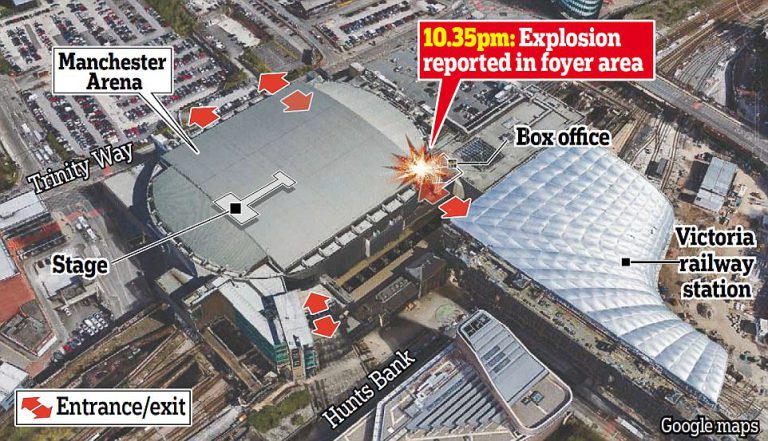 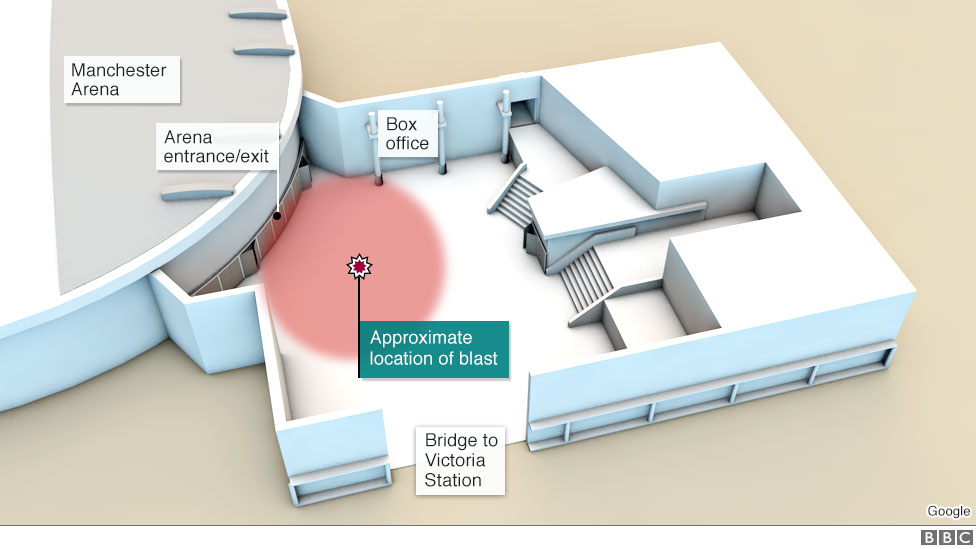 The Manchester suicide bomber was repeatedly flagged to the authorities over his extremist views, but was not stopped by officers, it emerged Wednesday night.

Intelligence and Security
Committee of Parliament

An independent review into the preparedness for, and emergency response to, the Manchester Arena attack on 22nd May 2017 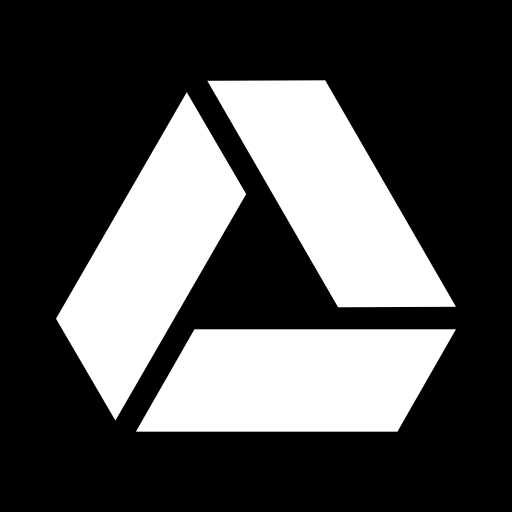 The role of emergency preparedness exercises in the response to a mass casualty terrorist incident: A mixed methods study

Simulation exercises are an important part of emergency preparedness activities for the healthcare community but evidence of their impact on the response to real major incidents is limited. This project studied the impact of health emergency preparedness exercises (HEPEs) on the response to a mass casualty terrorist incident. The mixed methods study design was adopted comprising an on-line survey and follow up individual interviews.
Participants were healthcare staff who took part in responses to three major terrorist incidents in the UK in 2017.
Descriptive statistics and analysis of variance were undertaken with quantitative data. Content and thematic analysis methods were used for qualitative data analysis. The online survey generated 86 responses; 79 (92%) were from the responders to the Manchester Arena bombing. Twenty-one survey respondents shared their experiences in in-depth interviews. Healthcare staff who took part in HEPEs felt better prepared to respond than those who did not attend an exercise. The most commonly reported benefits from HEPEs were awareness of major incident plans and having the opportunity to practice responding to a similar scenario in the recent exercise. Specific benefits included: improved coordination of the response through adherence to recently practiced incident plans; confidence with response roles; real-time modifications of the response and support provided to staff who did not take part in exercises. Exercise recency was highlighted as an important facilitating factor. The study provides strong objective evidence that the response to a mass casualty terrorist incident was enhanced by training and service development achieved through HEPEs.

Abstract
On 22 May 2017 Salman Abedi detonated an improvised explosive device in the Manchester Arena resulting in 23 deaths (including the attacker). This was the deadliest terrorist attack on UK soil since the 2005 London bombings, but was only one of five mass casualty terrorist attacks in the UK in 2017. Preparation for mass casualty incidents (MCI) is obligatory, involving such methods as multiagency tabletop exercises, mock hospital exercises, as well as simulation and training for clinicians in managing the injuries that would be anticipated in such an event.
Even in the best prepared units, such an incident will pose significant challenges due to the unpredictable nature of these events with respect to timing and number of casualties. Following an MCI, local and national reviews are undertaken to assess the effectiveness of the response, but also to identify areas where lessons can be learnt and to disseminate these to allow inclusion in future planning. We present the experience following a mass casualty
terrorist incident along with a number of lessons learnt from this event.

Abstract
The branch of forensic science known as digital forensics is constantly evolving and transforming, reflecting the numerous technological innovations
of recent decades. There are, however, continuing issues with the use of digital data, such as the difficulty of handling large-scale collections of text
data. As one way of dealing with this problem, we used machine-learning techniques, particularly natural language processing and Latent Dirichlet
Allocation (LDA) topic modeling, to create an unsupervised text reduction method that was then used to study social reactions in the aftermath of the 2017 Manchester Arena bombing. Our database was a set of millions of messages posted on Twitter in the first 24 hours after the attack. The findings show that our method improves on the tools presently used by law enforcement and other agencies to monitor social media, particularly following an event that is likely to create widespread social reaction. For example, it makes it possible to track different types of social reactions over time and to identify subevents that have a significant impact on public perceptions.

Theorising the ‘Security Influencer’: Speaking security, terror and Muslims on social media during the Manchester bombings

Abstract
Security studies literature neglects social media’s potential for lay actors to become influential within security debates. This article develops the concept of ‘security influencers’, bringing literature from marketing into the security debate to understand how social media enables individuals to ‘speak’ and contest security and how lay actors exert influence. Methodologically, this article applies a multi-methods approach to 27,367 tweets to identify and analyse the top four most influential actors in 48 hours following the 2017 bombings by keywords ‘Manchester’ and ‘Muslims’. This article builds a typology of security influencers nuancing definitions of the passive ‘security broadcaster’ and the active ‘security engager’, both of which emerge from obscurity or influence within non-security domains. Furthermore, a dichotomy emerges within influential messages and contestation; messages discussing Muslims in banal terms as diverse individuals register high levels of agreement, whereas those discussing Islam as a world religion receive more hostility and contestation.

Plan for the worst, hope for the best? Exploring major events related terrorism and future challenges for UK event professionals

Abstract
Purpose – This paper investigates major event related terrorism and the resulting
challenges that event professionals may face when hosting major events in cities as part of a destination marketing strategy.

Proposed new legislation to provide better protection from terrorism for the
British Public.

Crisis response: Lessons from the Manchester Arena bombing of 2017

On 21 and 22 March 2019, RAN visited Manchester for an inspiring study
visit. Meeting with local actors and communities, RAN learnt how
communities in the city and the surrounding county have been responding
to and recovering from the Manchester Arena attack at an Ariana Grande
concert on 22 May 2017.