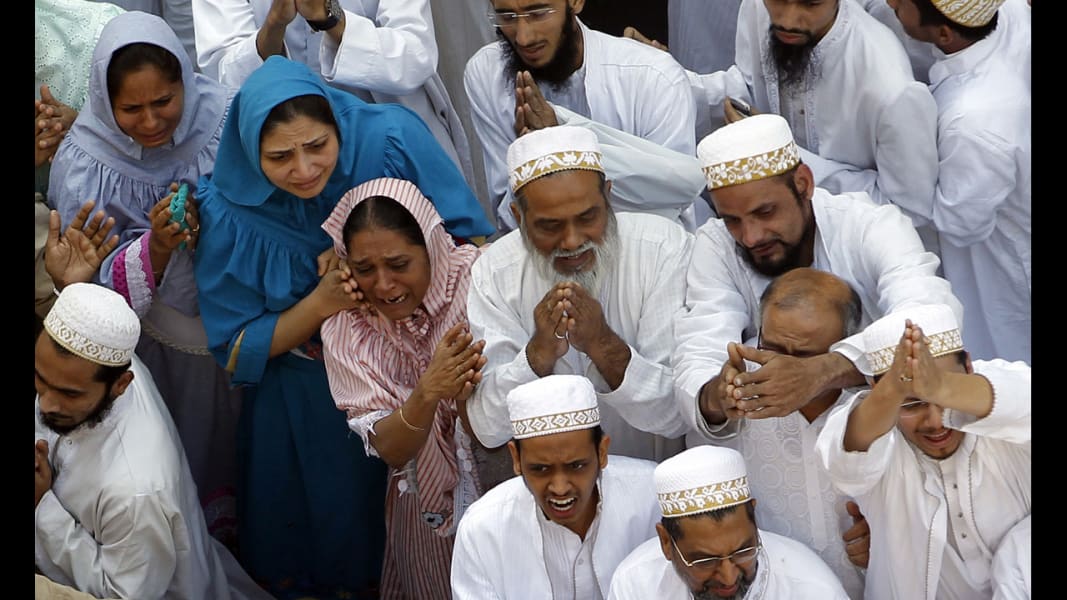 MUMBAI: A stampede killed at least 18 people in India’s financial hub Mumbai as a large crowd gathered to pay their last respects to a Muslim spiritual leader, police said.

At least 18 people have been killed and more than 40 injured in a stampede in India’s western city of Mumbai.

Local officials say the incident happened when thousands of mourners gathered at the home of a Muslim spiritual leader who died on Friday.

Stampede at funeral in Mumbai

At least 18 people died and nearly 50 were injured in a stampede in India’s financial capital of Mumbai early on Saturday as thousands of mourners gathered following the death of the 102-year-old leader of a Muslim sect.

There’s a sad history of deadly stampedes at funerals. Here’s why.

More than 50 people were killed Tuesday and hundreds injured in a crush of bodies during a funeral procession for Maj. Gen. Qasem Soleimani in his hometown of Kerman, Iran, prompting officials to postpone the planned burial of Iran’s notorious military strategist, who was killed by a U.S. drone strike last week in Baghdad.