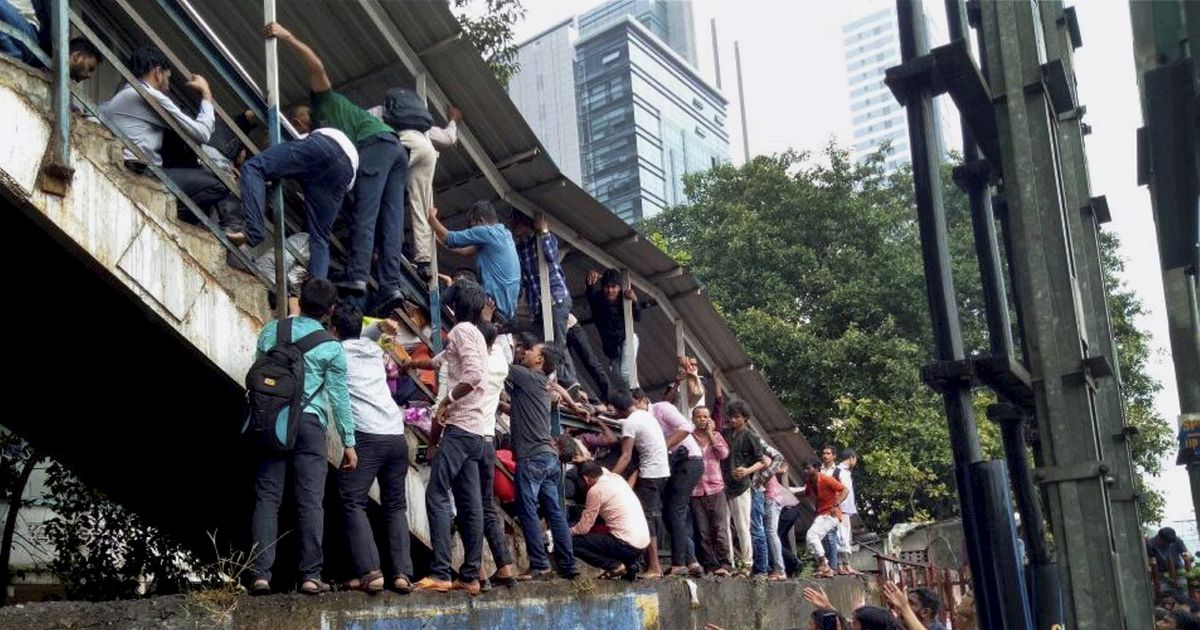 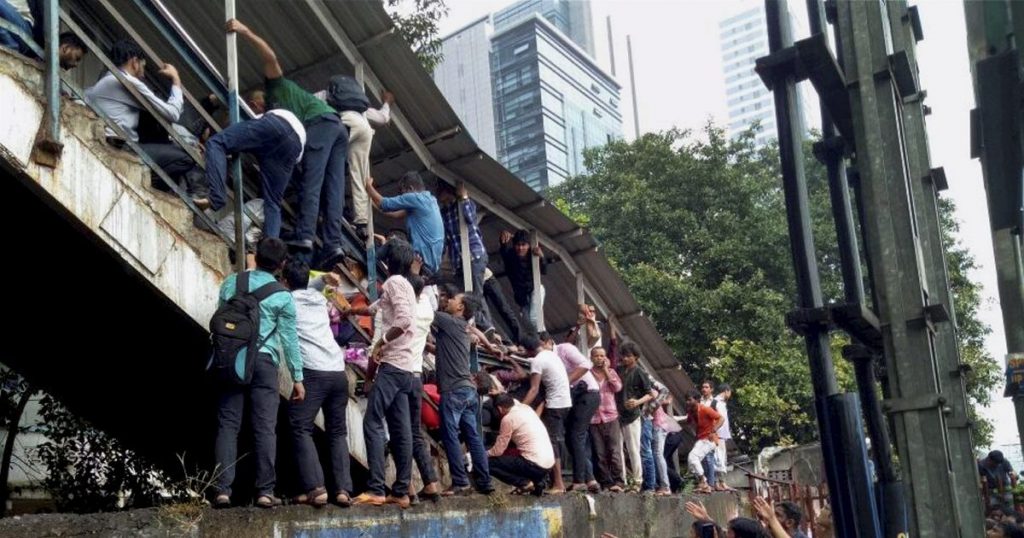 Twenty-two people were killed and 35 others were injured after a stampede broke out on a crowded pedestrian bridge connecting two stations in Mumbai on Friday, one of the worst tragedies to hit the city’s teeming local train network.

A stampede on a footbridge at a Mumbai railway station has left 22 people dead and injured more than 30, Indian officials report.

It was triggered by overcrowding and people seeking shelter from monsoon rains, the officials said.

The injured have been taken to a nearby hospital and senior railway officials are at the scene.

Scores of people unprepared for rain tried to stay dry on the bridge, while others tried to push through, resulting in a stampede that killed 22 and injured 39.

As he cleared the last few steps leading to the foot overbridge (FOB) at Elphinstone Road railway station, Nitesh Sawant cursed his luck: it was raining, and there were dozens of people crammed into the narrow bridge. Like them, he, too, had thought the rains were done for this year, and had stopped carrying the folding umbrella that had been his constant companion for the last three-odd months.