Raging and crowds, the new Punk?

Raging and crowds, the new Punk? 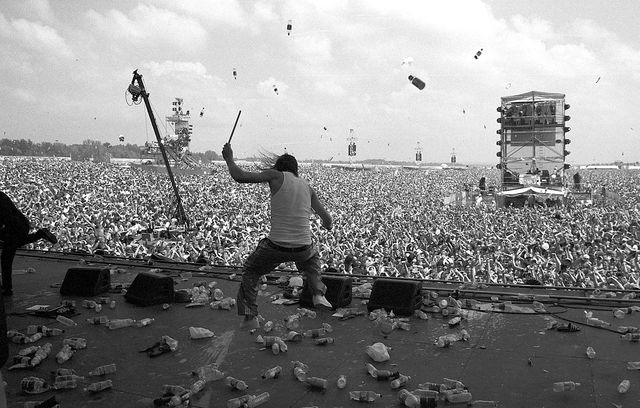 To party very intensely for a very long amount of time, keeping the quote in mind “anything worth doing is worth overdoing”. Therefore doing whatever is possible to reach the level you want to be at. Doesn’t matter whether it involves alcohol, nugs, acid, e or yay.”

when someone gets excited about something”

Someone who loves trends, especially the ones on shoes and clothing. You can spot hypebeasts wearing Supreme/Thrasher shirts, Yeezy’s, etc. They are more likely to be f@ckb@ys.”

Music is ever evolving as artists push the envelope to find their own styles and make themselves distinctive from the rest of the field. Sometimes this is out the box and fresh, sometimes it is the adaptation of styles and sometimes it is embracing other forms of music. When it comes to styles of music that are high energy and produce high kinetic energy crowds, we tend to pay attention at Working With Crowds.

Why do we pay attention, you may ask? Because we like various music styles and have long memories of attending concerts.

Lets take a quick trip back in history to higher energy music in the live environment.

Rock N Roll – We are talking Elvis through to the Beatles. Amplified music with fan “hyping”, lots of screaming fans trying to get closer to their idols, so we saw hight crowd density, although activity was not as high.

Bands like The Doors and the Rolling Stones had a rougher edge, where more energy was found in the crowd and increased risk. Eventually the safety features matched the crowds, but to do that we had to go through the Rolling Stones at Altmount in 1969 and The Who in Cincinnati 1979

Then along came Hard Rock, bands like Black Sabbath, Led Zepplin. Basically, an extension of Rock N Roll and the safety features just had to be increased in the same format to cope with larger audiences.

As a reaction to this “big hair” arena rock, Punk was born. The rebellious anarchistic offspring what attempted in many ways to piss off everyone. The music, the style, the attitude and how the bands and crowds reacted in the live environment. Although today we look back on what is now seen as Iconic bands, at the time they could not get out of the clubs and small venues. Promoters could not book venues because no one would put up with the audience or the bands actions. This in many ways lead to Punk being limited in its impact in live music.

Hard Rock saw the development of subgenre such as Thrash and Grunge, that took the attitude musically from Punk and some of the crowd behaviour, but in a more controlled manner. This meant slight adaptions to the safety provision for these crowds, including barrier designs and staff training. A great deal of this came of the loss of lives at the Monsters of Rock Festival, Donnington 1988 and AC/DC Salt Lake City 1991. The greatest safety feature of all was the audience realising that they played the biggest part in looking after one another. Some call this the rules of “mosh pits” – no elbows and if someone falls down pick them up. This is passed on to new initiates and has increased through time to where Hard Rock/Thrash concerts although are very High Kinetic Energy events, they are some of the safest.

Hip Hop/ Rap, born of the block party and clubs of America, this was music to dance to. Through time a harder edge was introduced, and concerts became more like rock concerts. So many of the safety features venues had matched the crowd needs.

Then we move onto the merge of Rap and Punk. We are looking to acts such as OFWKTA and many since. They adapted the Punk attitude and introduced this to the live music environment. To say this has caused problems in the live music environment would not be an understatement. This has rolled forward into acts such as Travis Scott. Let’s consider why these problems may be occurring.

All these elements introduce crowd behaviours into environments that the security or safety teams may not consider. Safety is not just about the size of the crowd but the management of the movement, communication with them and training of the safety teams.

We would also like to introduce another thought that has been growing through observation. The introduction of individualism in crowds at such concerts. Where a concert sees collective belonging for such things as – being part of the crowd, being with friends, being a couple, being male/female/non-binary ect, of a certain age, from a certain area of the city and so on. Are we seeing elements of the crowd separating themselves from those around them, because they have some form of self-importance.

The best way we could explain it in our heads was the VIP moment. The person thinks they are more important than those around them or only recognise the small group they attended with, they deserve more than those around them and they do not recognise others as important as self. This means they deserve not to have to queue, be served first, be at the front, be recognised as being more important. An expansion of the virtual life they create for their personality on social media and present to those around them. Wearing the right trainers and brands, creating a false perception of a rich lifestyle that they do not match economically.

As we said, this is just some new observations we have seen in crowds in the last couple of years and does require true study in these mass gatherings.

The live music and crowd environment is always changing, sometimes we just have to pay attention as those changes move a lot faster than the safety industry.