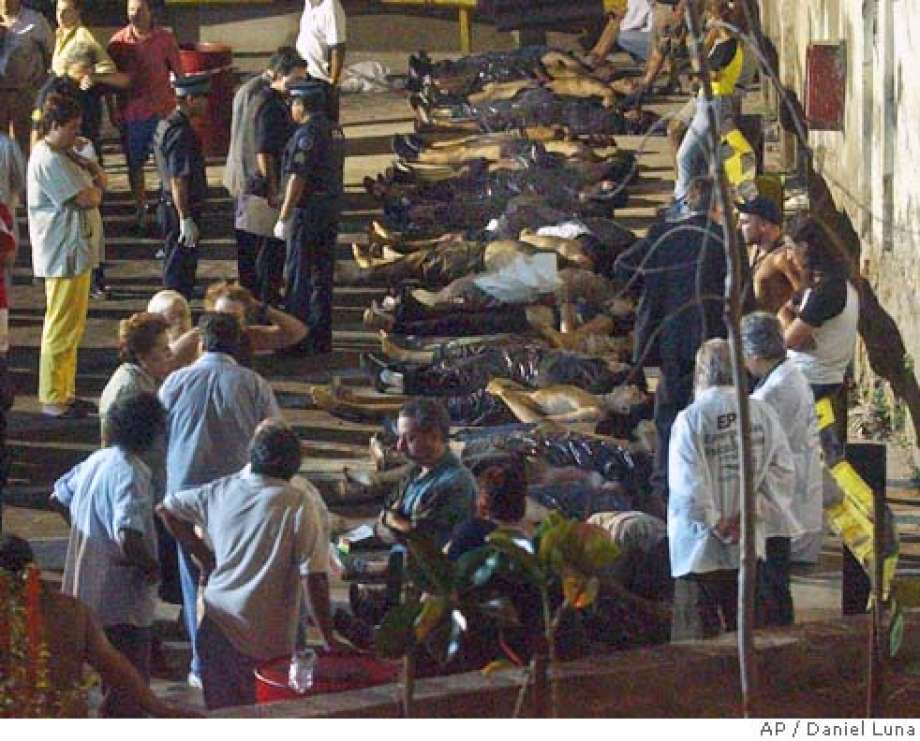 Emergency exits at a nightclub packed with teenagers were padlocked or wired shut when a flare ignited the foam ceiling, sparking a blaze that killed 175 people and injured more than 700 in one of Argentina’s worst disasters, survivors and officials said Friday.

Some 4,000 fans at a Thursday night concert by the band Los Callejeros fought to reach the exits as burning debris fell on them. But they found at least four escape routes locked in an apparent effort to prevent people from entering the club without paying, Buenos Aires Mayor Anibal Ibarra said.

2005-01-01 04:00:00 PDT Buenos Aires — The last thing Dario Gonzalez saw clearly was three blazing flares that shot toward the ceiling of the crowded nightclub.

The next 30 minutes unfolded in a chaotic, suffocating fog, he recounted. Black smoke obscured his vision, burning fragments of the ceiling scorched the skin of his forearm, and bodies crushed against him from all sides.

Argentina’s Court of Justice on Wednesday convicted and sentenced a club owner to 20 years in prison for a deadly club fire that killed 194 people but absolved the band that had played the night of the tragedy.

The incident happened in December 2004, when a fire broke out in the overcrowded Republica Cromañon rock club in Buenos Aires. Many of the exits to the building were illegally closed.

Omar Chabán, the manager of Cromañón was sentenced to 20 years in prison for his responsibility in the fire that killed 194 people and injured more than 1500 people. The judges said their vote was unanimous.

Buenos Aires legislators have voted to remove Mayor Anibal Ibarra from office for dereliction of duty over a fire that killed 194 people in 2004.