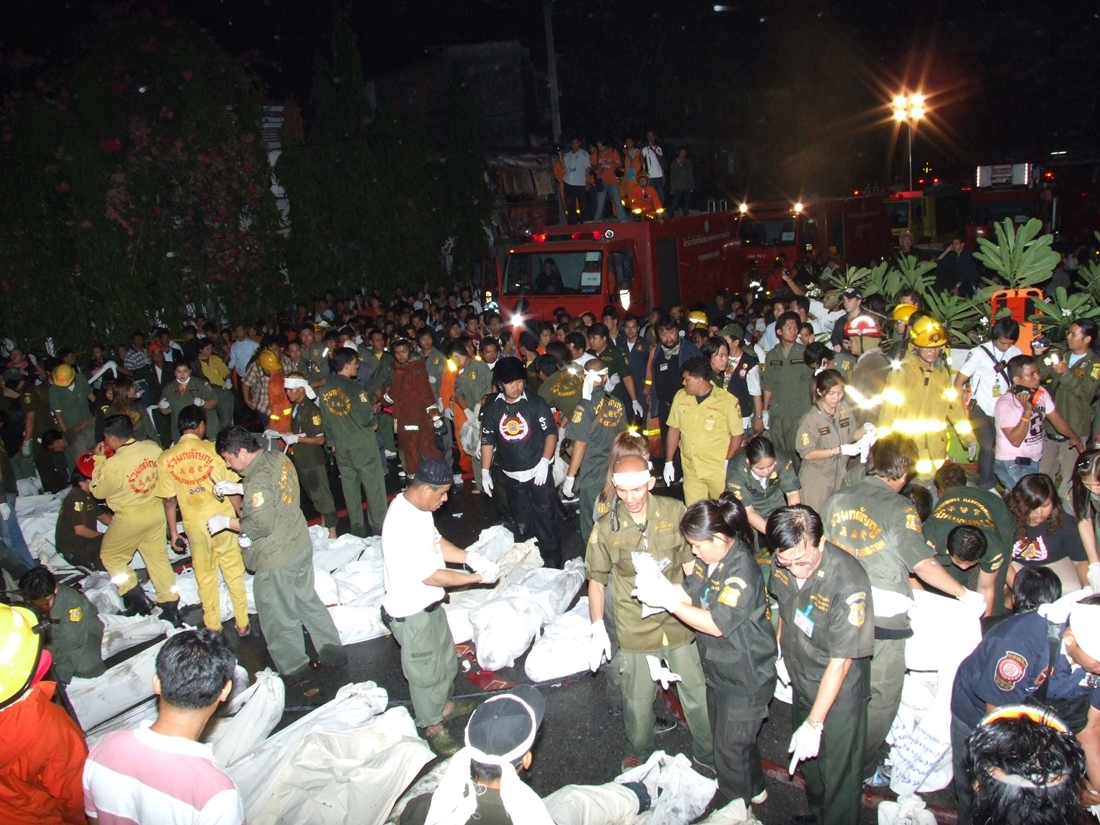 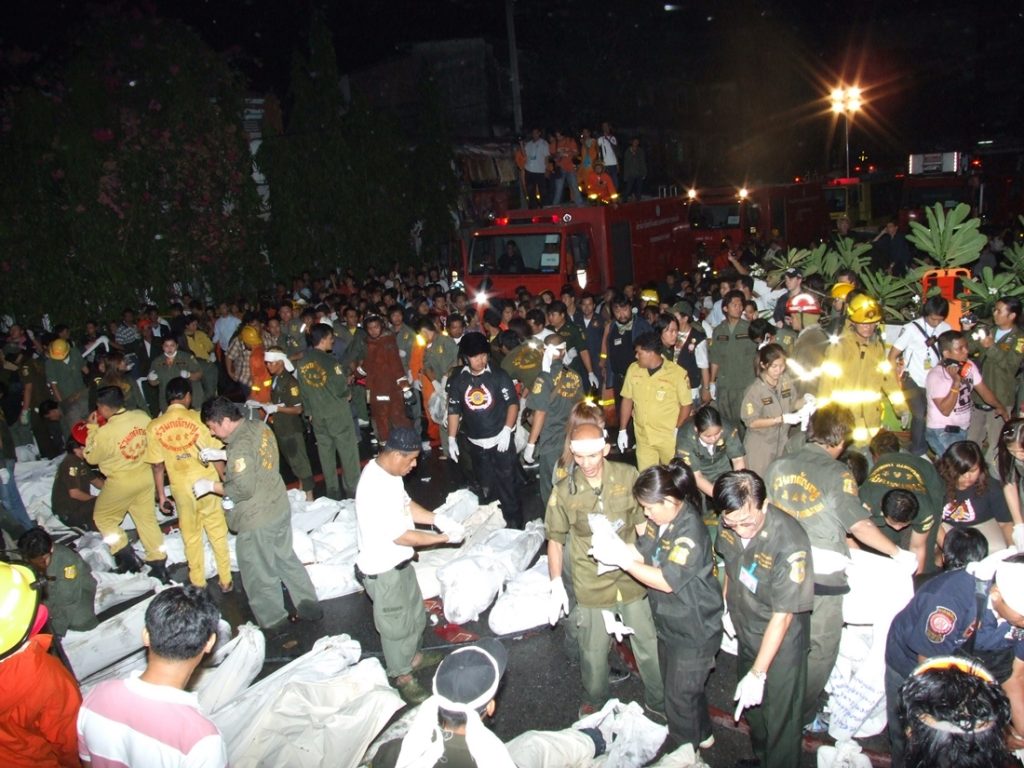 A blaze at a top Bangkok nightclub killed 59 people including a Singaporean celebrating the New Year and injured more than 100 others, police said on Thursday. Some said the fire was caused by fireworks that guests could have potentially brought into the nightclub, others that it was an electrical fault.

A British survivor of the New Year fire horror in a Thai nightclub has told how he made a miracle escape from the inferno.

Alex Wargacki, 29, said he collapsed and blacked out as fire raged threw the Santika club in Bangkok on New Year’s Eve.

Sixty revellers were killed and more than 200 were injured in the blaze, including four Britons.

BANGKOK — The high court on Monday upheld a lower court’s ruling that City Hall’s negligence contributed to the deaths of 67 people in a nightclub fire eight years ago on New Year’s Eve.

In its ruling, the Supreme Administrative Court ordered the Bangkok Metropolitan Administration to pay a total of 5.7 million baht to victims and families of those who died at Santika in an incident ranked as one of the worst fire tragedies in Thai history.

Two people have been jailed in Thailand over a fire in a Bangkok nightclub that killed 67 people.

Owner Wisuk Sejsawat was sentenced to three years in prison, as was Boonchu Laosrinak, who was responsible for pyrotechnics at the club.