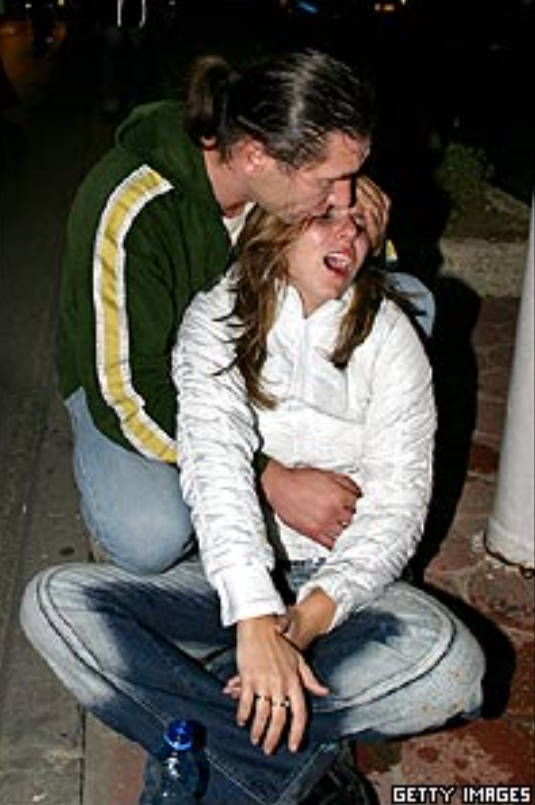 2005-02-26 04:00:00 PDT Jerusalem — A Palestinian suicide bomber blew himself up outside a crowded nightclub in Tel Aviv late Friday, police said, killing at least four bystanders and shattering a fragile, unofficial truce that Israeli and Palestinian leaders had hoped would mark the end of four years of deadly conflict.

DAMASCUS, Syria (AP) — An official from the Syria-based leadership of the Islamic Jihad militant group claimed responsibility Saturday for the suicide bombing that killed four Israelis in Tel Aviv.

An Islamic Jihad suicide bomber Friday night killed three men and a woman and wounded more than 50 others at a Tel Aviv nightclub near the beach.

TEL AVIV — A Palestinian suicide bomber blew himself up in a crowd of young people waiting for admission to a beachfront nightclub here last night, killing four Israelis, wounding about 50 others, and jeopardizing the delicate cease-fire that has prevailed in the Israeli-Palestinian conflict in recent weeks.

A suicide bombing has killed four and injured about 30 outside a popular seafront night club in the Israeli city of Tel Aviv, police report.

A suicide bomber blew himself up in a crowd of Israelis waiting outside a nightclub near Tel Aviv’s beachfront promenade tonight, killing as many as five people, wounding dozens and shattering an unofficial Middle East truce.