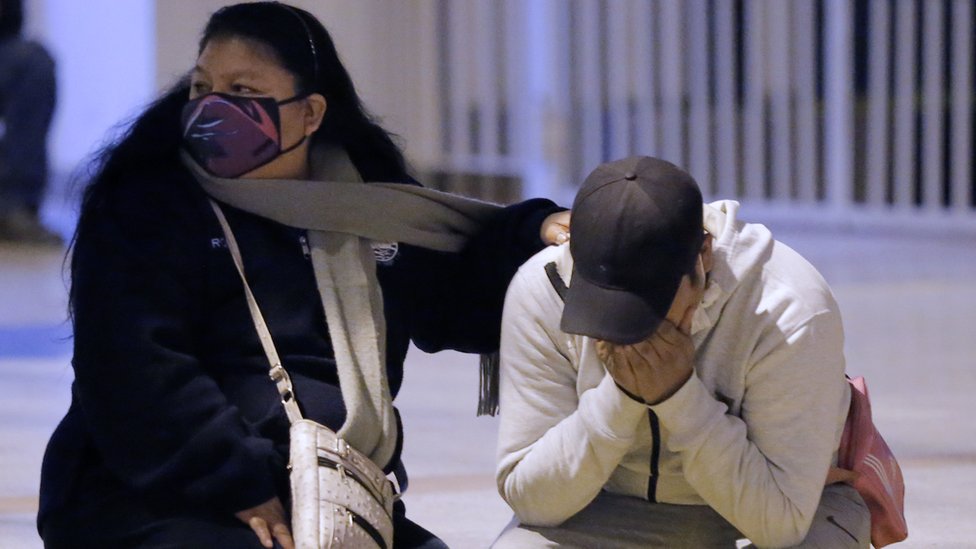 13 Killed In Stampede At Peru Nightclub Operating Against Health Orders

At least 13 people were killed in a stampede at a nightclub in Peru when they tried to escape police who showed up to enforce COVID-19 restrictions on such gatherings.

According to Peru’s interior ministry, 120 people attended a party at Thomas Restobar Club in Lima’s Los Olivos district on Saturday night, despite prohibitions on social gatherings under the country’s state of emergency

Partygoers rushed to escape a police raid through a single door.

Lima, Peru (CNN)At least 13 people have been killed and three others injured in a stampede at a nightclub in Lima, Peru, as partygoers attempted to escape a police raid on the venue, according to Orlando Velasco Mujica, general of the Peruvian National Police.

Police say people were trapped between the entrance door, which was pushed shut in the chaos, and a staircase leading to a street.

About 120 people in Lima tried to flee a party, banned under current coronavirus restrictions, when police arrived.

The interior ministry said 23 people have been detained and that authorities are trying to identify the organisers and the owners of the premises.

LIMA, Aug. 23 (Xinhua) — A botched police raid of a nightclub in Peru’s capital Lima left at least 13 people dead and another six injured as panicked clients stampeded toward the exit, authorities said on Sunday.