Educating yourself on Crowds – Sporting Stadium

There are some simple rules though that can assist you when you are using these venues.

Through following these simple steps, you should be able to avoid the majority of predictable crowd build ups and movement. 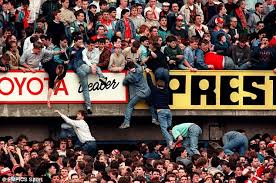 The same steps can be followed when travelling to and from the Stadium when using public transport; especially underground and trains.

Again by following simple procedures you can reduce the risk of injury to yourself and others.

With more and more stadiums now being used for events such as pop and rock concerts, you may find that customers are using these facilities even though they may never have been in a football stadium before. Using the following simple steps will assist in keeping you safe.