Educating yourself on Crowds – What is a “Stampede”? – Education of the press

What is a “Stampede”?

1- A sudden panicked rush of a number of horses, cattle, or other animals:

1.1- A sudden rapid movement or reaction of a mass of people in response to a particular circumstance or stimulus:a stampede of bargain hunters

1- (Of horses, cattle, or other animals) rush wildly in a sudden mass panic:

the nearby sheep stampeded as if they sensed impending danger

1.1 [NO OBJECT, WITH ADVERBIAL OF DIRECTION] (Of people) move rapidly in a mass:

the children stampeded through the kitchen, playing tag or hide-and-seek

1.2 [WITH OBJECT] Cause (people or animals) to stampede:

figurative don’t let them stampede us into anything 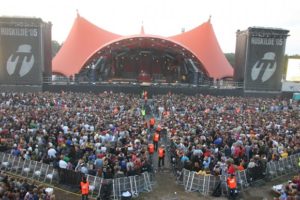 When I first heard of someone describing a crowd disaster as a “Stampede” I was confused. The picture I got in my head was, hundreds or thousands of people running and trammelling one another ( I blame all those Black and White cowboy movies when I was young ). What would make people do this?

How far from the truth could it have been. So, if this is the image I get, why do the press use this word to describe every crowd related incident? They do not listen to an industry and its experts when they inform them that they are wrong it what they are saying or printing. Could it be that they don’t really care about the accuracy.

“Stampede”, is an exciting word, full of energy and paint pictures in the mind of reader or listener. Completely devoid of meaning now that it has been misused that often and it leans they cannot be accused of giving the wrong information. If everything is a “stampede” then how can they be wrong?

Experts in the field denounce what the press are doing and plead with them to change the wording they use when reporting on crowd disasters.

Blogging on the Shanghai Crowd Crush

Why do stampede happen at events

With this in mind, the biggest change and delivery of education would be for the press to listen to the experts and provide the public with the correct terminology and information.