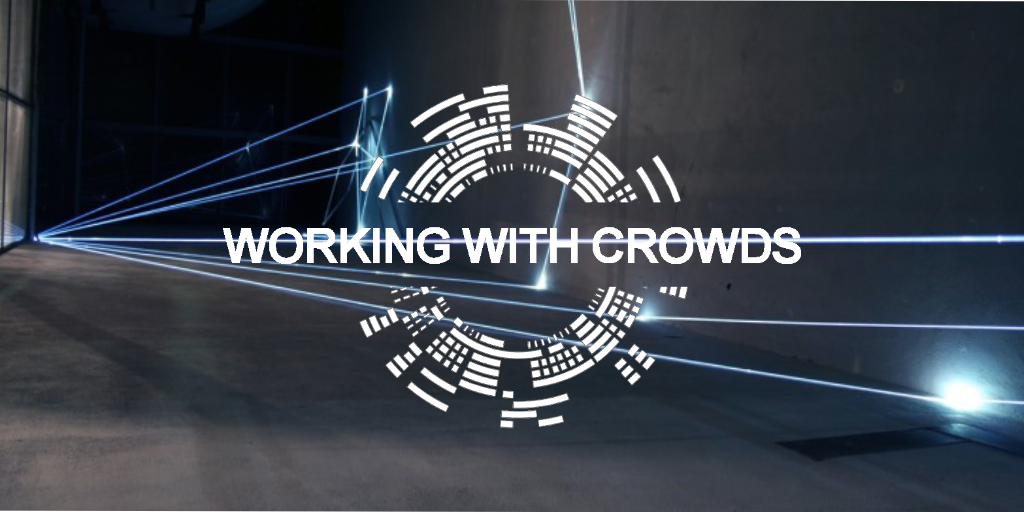 Some of the terminology contained in the headings and body of these links is misleading. These have been taken from press articles, websites and videos. The use of the word stampede and panic is not what you will find to be the causes of the incidents shown. The information provided is reflecting the articles written and it is being left to you to interoperate what you see and read and come to your own conclusions. Please also  that this list only refers to gatherings involving events such as concerts, sports, night clubs (entertainment). There is only inclusion of some significant events out with this.

SUMMARY: In August 1988 an aircraft of the Italian aerobatic display team fell into the spectator enclosure at the
Ramstein Airshow, causing over 500 casualties. The survivors were triaged, treated and evacuated from Ramstein within
96 minutes. The speed and efficiency of this evacuation was a result of prior planning, thorough training, medical
reinforcement, co-operation with other agencies and the availability of an abundance of vehicles for both air and road
evacuation. Not surprisingly, though, problems did occur, especially with communications, casualty identification and
documentation.

The Kathmandu Stadium Disaster occurred on 12 March 1988 in Kathmandu, Nepal during an association football match between Janakpur Cigarette Factory Ltd and Liberation Army of Bangladesh for the 1988 Tribhuvan Challenge Shield

Two women were killed and 15 others, including 11 women and four men, were injured when a two-ton chandelier fell on dancers at a disco in Tokyo’s Roppongi Tuesday night, the Tokyo Metropolitan Fire Board reported.

The women were identified as Akemi Mizobe, 21, and Keiko Takagi, 26.

When the rectangular-shaped chandelier fell around 9:40 p.m., about 200 guests at the Roppongi disco Turia were sent into mass pandemonium, an employee there said, adding that some of the victims were pinned under the light, while others caught fragments of flying glass.

The chandelier, measuring three meters by two meters by one meter thick, fell about 10 meters, from the second floor ceiling to a basement where about 100 guests were dancing.

The disco, located near the Defense Agency, is known for its selectiveness, with a video camera that monitors guests to determine fashionability.

NASHVILLE, Tenn. — A post-concert stampede that killed two teenagers and injured 27 others could have been avoided if more exits had been opened at the Municipal Auditorium, officials said.

Police said Sunday the teenage girls were crushed to death when 1,000 people tried to push into a benefit party after a Saturday night rap music concert.

Rope barriers set up to contain thousands of Hindu pilgrims during a religious procession in northern India gave way, resulting in a stampede in which at least 32 people were killed and 30 injured, news reports said today.

They said the accident occurred late Sunday during the “Kartik Parikrama” festival in the town of Ayodhya, 350 miles southeast of New Delhi.

The dead man was identified as John Loftus, 22, of Fullerton, by the coroner’s office.

A stampede by thousands of frenzied Hindus rushing to bathe in the sacred Ganges River killed at least 47 pilgrims today, news agency and radio reports said.

The stampede occurred before dawn as millions thronged the city of Hardwar on the banks of the Ganges on the climax of the Khumbh Mela, a religious festival held once every 12 years.

The United News of India said 32 of the dead were women and two were children. In addition to the 47 killed, 39 people were hurt.

There was a large explosion. The force ripped open the floor of the club sending a number of guests tumbling into the cellar below. The bomb, placed under a table near the DJ booth, killed Nermin Hannay, a Turkish woman, and Kenneth T. Ford, a US army sergeant, instantly. Another US soldier James E. Goins died two months later from his injuries.

The blast injured a further 230 people including more than 50 American servicemen who regularly attended the club, popular as it was with US soldiers deployed in the West German capital during the Cold War.

The four owners of a central Madrid disco, where 81 people burned or suffocated to death in 1983, and two other people were found guilty of negligence on Friday and sentenced to jail terms of up to two years.

A Madrid court also said the state should pay a total of $14 million in compensation to the victims’ families. Hundreds of teen-agers forced their way through blocked fire doors in the basement rock club Alcala 20 when the blaze took hold in the early hours of a Saturday morning, but others were trapped inside.

Flames swept through a two-story disco club filled with people early today in the southeastern city of Taegu, killing 24 and injuring about 70, the police reported.

The Korean Broadcasting Corporation quoted a club employee as saying that about 400 people were in the club at about 2 A.M. when fire broke out in the ceiling of the second floor.

TURIN, Italy — A blaze engulfed a crowded movie theater Sunday killing at least 64 people, many of them teenagers trampled to death in a panic-stricken race to the exits, officials said.

Twenty victims were found dead of smoke inhalation, huddled in a balcony closet and bathroom which they apparently thought were stairwells, officials said. There were no fire exits on the second level, fire officials said.

CALI, Colombia — Thousands of soccer fans stampeded for stadium exits to escape a rain of debris and urine from the upper deck and 22 people were killed in the crush with another 100 injured, police said today.

At the end of a match Wednesday night at the Pascual Guerrero stadium, a group of rowdy young fans in the upper level of the stadium began throwing trash and spraying urine over thousands of people heading for the exits, police said.

NEW DELHI, India — A stampede of more than 400 screaming school children — touched off when young men began sexually molesting women tourists during a blackout — killed 45 people Friday in a human pileup on the winding steps of an ancient tower.

Police said 23 of the dead where children.

On this day, 31 years ago, the Manila Film Center tragedy occurred. The scaffolding on the sixth floor of the nine-level building collapsed and sent workers – many of them – falling into quick-drying cement.

Scarce news stories about the mishap in the days hence reported that “there were 40 to 45 workers at the site of the collapsed floor.” Other sources placed the numberof casualties, who were allegedly “entombed alive,” at as high as 169.

Fast-forward to today and the very site is an entertainment hall of glitz and glamour.

A fast-moving fire broke out at the back door of a windowless discotheque yesterday, sending 200 screaming, panicked people crowding through the only other exit. Five people died.

Arson was suspected, officials said. A five-gallon gas can was found behind the building.

Screams could be heard inside the burning building, a one-story structure with aluminum siding and two doors. The building, which also housed a pool hall, was a popular nightspot in the oil-rig country about 45 miles southwest of New Orleans.

Professor Norman Fenton was giving evidence at the new inquests into the later disaster which claimed 96 Liverpool fans’ lives.

In 1981 Prof Fenton was secretary of the Sheffield Spurs Supporters Society.

He said the society complained about being allocated the smaller Leppings Lane end of the the ground.

Wolverhampton Wanderers’ fans were given the larger Spion Kop end for the semi-final, just as Nottingham Forest fans were in 1989.

A fresh inquest is to be held into the deaths of 48 people in the Stardust nightclub fire in Dublin.

The Republic’s Attorney General confirmed on Wednesday that the application for a new inquest had been successful.

The application was made by victims’ families in April after years of campaigning over the fire in Artane.

Three of those who died in the St Valentine’s Day blaze in 1981 were from Northern Ireland.

They were Susan Morgan from Londonderry and James Millar and Robert Hillock from Twinbrook, in west Belfast.

On January 20, 1980, bleachers at a bullring in Sincelejo, Colombia, collapse, resulting in the deaths of 222 people.

The collapse at Sincelejo, the deadliest tragedy at a sporting event in Colombia’s history, was the result of overcrowding and poor construction. In addition to the 222 spectators killed, hundreds more were injured. Despite the fact that bullrings were more closely regulated and inspected in the aftermath of Sincelejo, a temporary bleachers in Honda, 60 miles southeast of Bogota, collapsed in February 1989. In that incident, seven people died and 300 more were injured.

The darkest day of Olympiacos’ history to date was the 8th of February in 1981 when Olympiacos defeated rivals A.E.K. Athens 6-0 and 21 Olympiacos supporters lost their lives in one of the sport’s worst disasters and the biggest football tragedy in Greece’s history.
While rushing out of the stadium to celebrate Olympiacos’ win, some supporters lost their footing and fell.  Visibility was poor due to the sheer number of people trying to exit through gate 7 which, according to police reports was partially closed and fans were unaware that anything had happened. As a result, more fell and were trampled by the other fans which kept coming, also unaware of the incident.
Link to web.archive.org article
Click here

On January 20, 1980, bleachers at a bullring in Sincelejo, Colombia, collapse, resulting in the deaths of 222 people.

The collapse at Sincelejo, the deadliest tragedy at a sporting event in Colombia’s history, was the result of overcrowding and poor construction. In addition to the 222 spectators killed, hundreds more were injured. Despite the fact that bullrings were more closely regulated and inspected in the aftermath of Sincelejo, a temporary bleachers in Honda, 60 miles southeast of Bogota, collapsed in February 1989. In that incident, seven people died and 300 more were injured.

CHIBOUGAMAU, Que. — Florent Cantin, the 21-year-old unemployed laborer who has pleaded guilty in connection with last year’s Chapais tragedy, says he was ‘just playing with fire’ when he started the blaze that killed 48 people.

‘I was just doing the same as anyone else, playing with fire,’ Cantin said in court Tuesday. ‘I did it just as someone else might light a napkin.’

The fire, which affected almost every family in the isolated mining town of 3,700, began in dried pine bough holiday decorations and swept through the wooden Opemiska Club during a 1980 New Year’s Eve party.